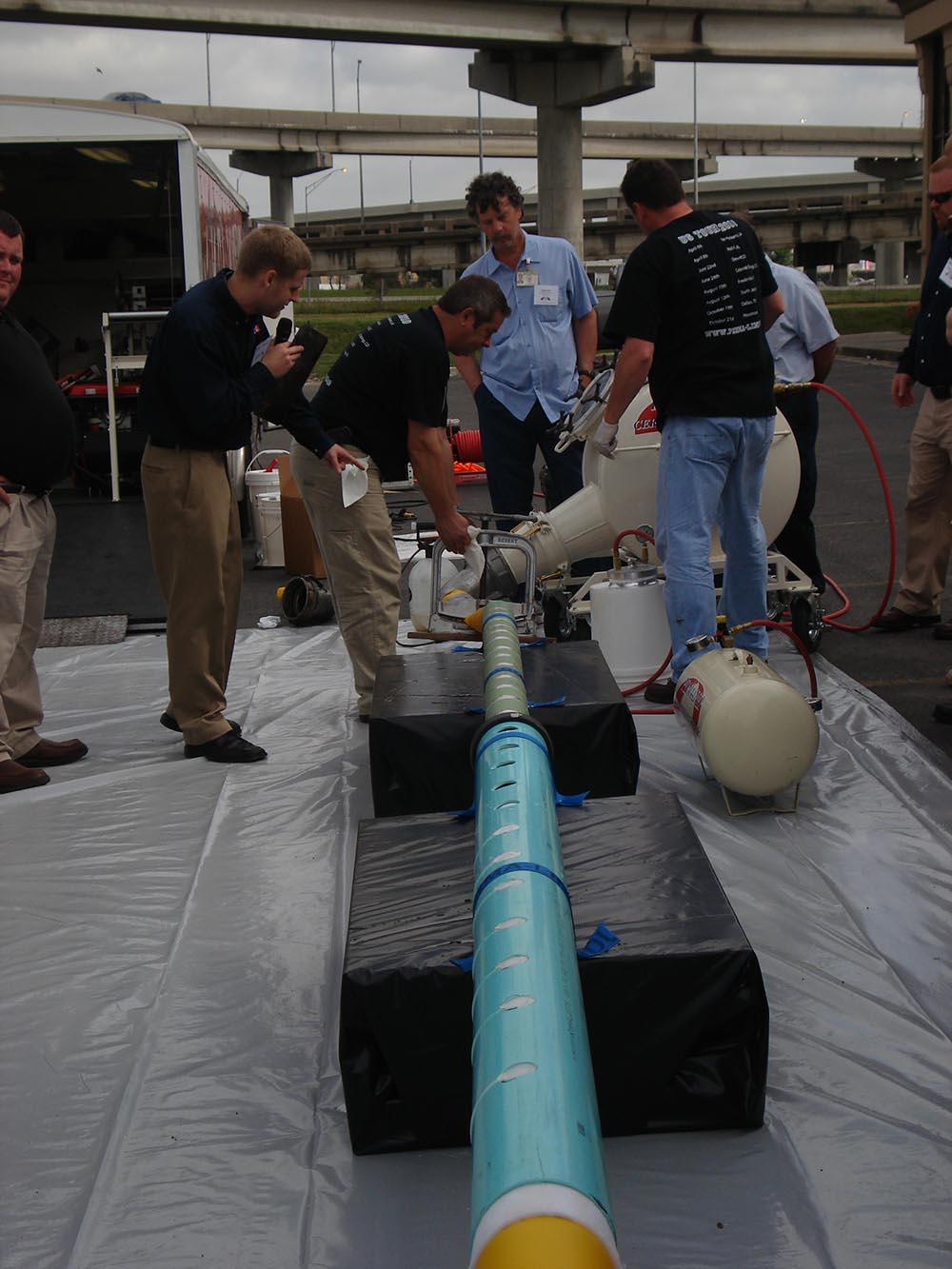 The City of Slidell, located in Southeastern Louisiana just north of New Orleans, is making progress on repairs to their sewer infrastructure. The Schneider Canal drainage basin infrastructure project will rehabilitate streets, sidewalks, sewer lines and the storm drain system throughout the basin. FEMA has funded the entire project. The city sustained damages from floodwater induced soil erosion, which led to the caving in of driveways and streets. As a result, underground drainage and sewer lines were cracked, causing significant infiltration issues. These repairs are in direct correlation to Katrina, which left south Slidell flooded for several days. The project will bring the infrastructure back to its pre-Katrina condition. The construction zone will encompass 15 neighborhoods east of Pontchartrain Drive and south of Old Spanish Trail. The reconstruction will involve approximately 182 driveways.

The project is part of the all-encompassing, $64 million initiative to restore St. Tammany Parish’s largest municipality. The federal agency also provided money for the Municipal Auditorium, the City Council and Administrative Center and the Technology and Cultural Arts Center. The City has also broken ground on several other infrastructure projects funded by FEMA hazard mitigation grants, including the City Barn Drainage Improvements Project. The purpose of this project is to reduce the risk of chronic street and property flooding within Olde Towne Slidell and the Bayou Pattasat Drainage Basin by increasing storm water delivery system. This will be accomplished by increasing the pumping capacity of the existing pump station and making various inlet and channel improvements at the Pump Station. The project is expected to be completed by fall.

Certified Installers take note: Perma-Liner Industries would like to invite you to our Refresher Training (Perma-Lateral™ specific) that will take place on July 12th and 13th at our Clearwater facility!! Please plan on attending. Register by calling 1-866-336-2568 or Click Here! See you then!

This site uses Akismet to reduce spam. Learn how your comment data is processed.